I created the Los Angeles Dodgers' social media accounts' 'look' for the 2018 All-Star Game. This look was used across all social media platforms and was also incorporated into stadium-wide graphics seen on DodgerVision (aka, the Jumbotron). 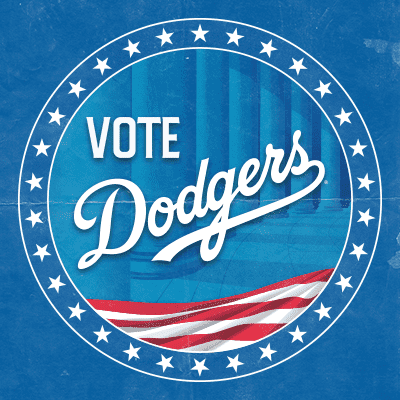 Third in N.L. outfielder votes, first in our hearts.

This included new social avatars, cover photos, voting updates and, eventually, announcment graphics for those lucky Dodgers who made the ASG squad.

how i did it

Every year MLB provides a style guide to use for the All-Star Game and in 2018, since the game was being held in Washington D.C., it had a very D.C. vibe to the design. I incorporated those basic elements (the column illustrations, the Constitution-like text, etc.) into our design and added paper texture to give the look a little dimension. I also made sure to play up the Dodger blue just to be extra sure that our branding wasn't lost.